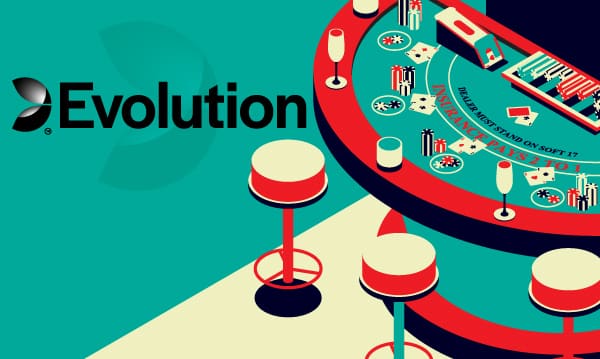 EKG Awards is an annual event that is organized by Eilers and Krejcik Gaming. The purpose of organizing the EKG Awards is to recognize the mark of excellence in slot and live casino development in the iGaming industry.

The award function covers 20 categories across land-based and online gambling industries. In this year’s EKG Awards, Evolution stole the limelight by winning two awards and adding them to the long list of already won awards in the past.

New awards won by Evolution are in addition to those multiple awards that it has won in the past instalments of the EKG Slot Awards. This is an impressive feat as there are only four online categories in the place.

The reason for the enormous popularity of Evolution’s Infinite Blackjack is that it allows everyone to participate without waiting for their turn. The feature of infinite seating eliminates the need for players to wait in the long queues or even use the Bet Behind feature.

Evolution reportedly had a shot at winning its third award before losing it to Blackjack Xchange, a game presented by Gaming Realms. Blackjack Xchange won the award under the category of Top Performing Online Table Game.

However, the award was won by 88 Fortunes. Other nominees were Reel Play, IGT, Inspired, and Scientific Games, to name a few.

Other categories of EKG Awards were won by known brands, including Aristocrat, IGT, Scientific Games, and Novomatic.

Evolution was launched in 2006. It has done wonders since then, especially by scoping multiple awards every year. Two more awards won by Evolution in 2021 were the Industry Supplier of the Year Award at Global Gaming Awards and the iGaming Supplier Award for the European region at the Gaming Intelligence Award.

The list also includes the Live Casino Supplier of the Year Award at the EGR B2B Awards. Evolution has been winning EGR B2B Awards continuously for 12 years.

How to Try Crypto Poker Sites with Zero Risk?