Can You Make Money with Bitcoin Faucet? 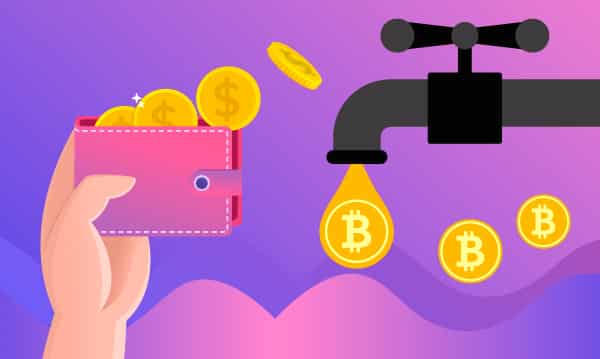 With the gaining popularity of Bitcoin comes various ways where you can earn more with the help of your Bitcoin currency. The primary earning would be from the price fluctuations of Bitcoin in the market.

This will not make you rich, but there is no harm in getting additional coins without putting much at stake.

What Is a Bitcoin Faucet?

Bitcoin faucet is a website or an app which has certain tasks to be completed. Upon completion of these tasks, you get Satoshi added to your web wallets in return. The name “faucet” has been assigned because of the meagre reward amounts, just like droplets dripping from a faucet.

It is basically a reward system to distribute Satoshis (one millionth unit of 1 Bitcoin) as the reward. This reward is for completing simple tasks such as solving captchas, puzzles, clicking links and ads, etc. Click here to read more about bitcoin faucets.

The idea of the faucet was to increase awareness as the concept of cryptocurrency was new. Also, because of limited exchanges dealing with Bitcoins, faucets was a way to attract people to Bitcoin currency.

Using a Bitcoin faucet is as simple as giving the public key address of your wallet and clicking a few times over the webpage to earn the reward. As the complexity of the task increases, so does the reward prize.

When the person visits the web page which has either ads, or some tasks or games, and completes the task, few Satoshis are rewarded.

Some faucets share the rewards automatically while in others, users have to trigger the payout.

Can you make money with Bitcoin Faucet?

Yes, you can certainly make some money from faucets. It may not be large sums, but whatever is coming without putting anything at risk is welcomed.

Making money from Bitcoin faucets is quite simple. You only need to login to any of the Bitcoin faucets and provide your wallet address (public key). And then you take the tasks listed on the faucet which will reward you with portion of currency.

Some of the tasks which can be done to earn Satoshis are:

• Clicking and viewing advertisements posted on that page

Playing a game or solving a puzzle is an entertaining way of earning rewards from faucets. You can play games such as dice games, lottery games, and other popular casino games.

Sign up and claim are one of the easiest and simplest of Bitcoin faucets. You just need to visit the website, sign up with your Bitcoin address, and you can claim the reward. Generally, the websites have a limit on how frequently you can claim. But there are numerous such faucets available for you to keep repeating the ‘sign up and claim reward’ task.

How do Bitcoin faucets make money?

The primary reason behind the Bitcoin faucets were to attract people to specific websites. These are the websites which make money through ad revenue. More the traffic on the website, the higher would be the earning from the webpage.

Hence comes the faucets in picture. Placing faucets on your websites attracts people to visit your website, take part in some simple tasks, and earn a small reward. The underlying advantage remains the increased traffic to your website.

Amongst various ways to earn from faucets, placing ads is the one. It is a popular way of monetizing through your faucet. You simply put a faucet on your website to increase the traffic. With an increase in traffic, your ad revenue increases.

A Bitcoin faucet will not make you rich and earn you bread and butter. It is like that freebie which gives you the taste of the thing. Allowing new users to enter the world of cryptocurrency.

It is more for fun and entertainment. It is for spreading the awareness. It takes advantage of the ability of cryptocurrencies to be divided into umpteen smaller units. This feature makes digital currency unique.

What Games Can You Play on Crypto Bingo Sites?

How to Try Crypto Poker Sites with Zero Risk?