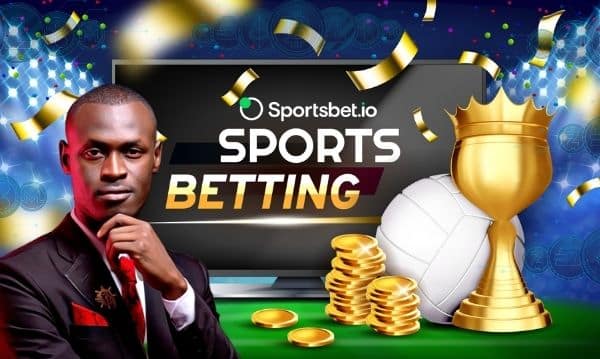 King Kaka, an award-winning hip-hop singer, businessman, and philanthropist, has joined forces with Sportsbet.io, the world’s leading crypto-led sports gambling site, as a global ambassador across East Africa and beyond.

King Kaka Has Entered the Cryptosphere

King Kaka is one of the most well-known figures in African rap, praised for his creativity and courage to question the status quo. He’s now a global ambassador for Sportsbet.io, a Yolo Group company, with the first commercials featuring King Kaka launching later in the month. Exclusive promotions and incentives will be available to players in East Africa and other nations in the area, presented to you by King Kaka and Sportsbet.io.

King Kaka, Sportsbet.io’s Global Ambassador, said that Sportsbet.io is a true innovator, and that’s something he will always appreciate. He has tried to follow his own path throughout his career and with his music, and he admires Sportsbet.io for doing just that. He is excited to begin his role as a global ambassador for the world’s leading crypto-based sports betting platform. Want to read more about betting on sports with bitcoin, Go now to the link.

Sportsbet.io is the world’s most popular cryptocurrency-based sports betting platform, with thousands of markets and events to choose from. It is known worldwide for sponsoring top football clubs such as Southampton, Arsenal, and Sao Paulo.

Albert Climent, Sportsbet.io’s Head of Africa, said that King Kaka inspires millions for his game-changing music and humanitarian endeavors. They know this will be a show-stopping relationship since he is the right complement for their entertaining, fast, and fair approach to crypto gaming.

Sportsbet.io is the leading Bitcoin sportsbook, founded in 2016 as part of the Yolo Group. Sportsbet.io has revolutionized the online betting industry by merging cutting-edge technology with cryptocurrency experience and a commitment to providing its users with the fastest, enjoyable, and fair gaming experience possible.

Sportsbet.io is Arsenal FC’s official gambling partner and the principal sponsor of Southampton FC in the English Premier League. They offer a wide selection of betting options across all major league sports and eSports, with over 350,000 pre-match tournaments and extensive in-play material.

Sportsbet.io is a pioneer in both sports gambling and the crypto world, having been the first crypto sportsbook to offer streaming among all sports leagues as well as a cash-out function.

Sportsbet.io strives to provide a secure and reliable betting service, with withdrawal times of roughly 1.5 minutes being among the industry’s fastest. Visit https://sportsbet.io for more information on Sportsbet.io.

Genius Increases Its Live Broadcasting and Data Cooperation with Bet365